If You have the need to quickly convert ounces to other units and back, You have come to the right place.

How many ounces are in a:

With several systems of units in use today, it's no wonder that converting units from one system to another can be a rather daunting task.

After all, NASA and ESA (European Space Agency) tend to lose here and there their space probes due to unit conversions, despite these conversions being done to who knows what decimal.

However, for everyday use, such accuracy is not required - no recipe was ever ruined because somebody added 199.9g of sugar instead of 200g. Just an example.

SI weight unit for weight is a kilogram (or often just 'kilo'), while non-SI units are Imperial Ton, Tonne, 1 US Ton, Stone, Pound, and Ounce.

Other units may be used as well, but they are not used that often, like grain, drachm, slug, etc.

The most popular non-SI units for length are Nautical Mile, Mile, Yard, Foot, and Inch. Again, there are other units as well, but these are the most popular and still in frequent use.

The units for volume are often derived from the units of length, but not necessarily, for example:

Now that You know the relations between measurement systems, feel free to check how many ounces are in a:

Here are our latest Articles and Guides:

How Many Liters Are in a Gallon? 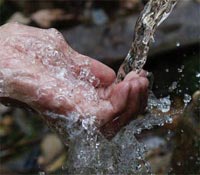 Convert liters to gallons and gallons to liters using our conversion chart, conversion calculator, and learn the relationship between these two units.

Conversion of liters to gallons and gallons to liters is an easy one since both units are units of volume. Just be aware that there are three gallons in general use including US liquid gallon, US dry gallon, and Imperial gallon.

How Many Gallons Are in a Pint?

Convert gallons to pints and pints to gallons using our conversion chart, conversion calculator, and learn the relationship between these units.

How Many Grams Are in a Pound?

Convert grams to pounds and pounds to grams using our conversion chart, conversion calculator, and learn the relationship between these two units.

Conversion of grams to pounds and pounds to grams is an easy one because both grams and pounds are units of mass.

How Many Grams Are in a Gallon?

Convert grams to gallons and gallons to grams using our conversion chart, conversion calculator, and learn the relationship between these two units.

Conversion of grams to gallons and gallons to grams is an easy one, but one must be aware that the gram is a unit of mass, while the gallon is a unit of volume and some assumptions must be made.