Ounces and Pounds vs. Troy Ounces and Troy Pounds

Troy ounces and troy pounds are not used very often, but due to their similarities to standard pound and standard ounce, they can cause issues and misunderstandings - this can be costly since troy ounces and even troy pounds are still used almost exclusively for weighing precious metals like gold, platinum, silver and similar. 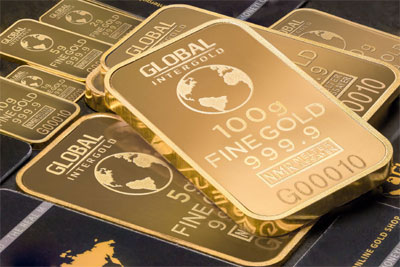 The Troy Ounce (oz t) is defined as:

The grain itself is defined as "ideal cereal seed" and standardized to:

Thus, the relation between grams and Troy Ounces is:

Since the relation between standard ounce and grams is:

we can also write:

Also, standard pound (lb) and ounce (oz) are defined as:

But, the relation between a troy ounce and troy pound is a little bit different:

Note: there is also a unit called pennyweight (dwt, short for Denarius (an ancient Roman coin) Weight) equal to:

But, the pennyweight is a little bit beyond the scope of this article.

Since the conversion from the standard ounces and pounds to Troy ounces and Troy pounds and back, is a conversation of well-defined mass units, the actual conversion is very simple.

Note: since there is very little difference between "oz" and "oz t" we will write Troy Ounce instead of "oz t" as often as we can.

If You have a gold bar that weighs 50 grams that would be:

Similarly, if You have 10 Troy ounces, that would be:

How many troy ounces are in a pound of gold?

If You have the weight of gold given in pounds, and You want to know how many troy ounces is that, first find out if the weight is given in standard pounds (lb) or troy pounds (lb t).

For example, if You have 5 (standard) pounds (lb) of gold, that would be:

Note: the accuracy of these calculations depends on the number of decimals used.

How many troy ounces are in a pound of silver?

Pounds, troy pounds, ounces, and troy ounces are units of mass - one ounce of gold has the same mass as one ounce of silver, so feel free to use the same formulas regardless of the precious metal that You have.

In order to convert ounces and pounds to troy ounces and troy pounds and vice versa, feel free to use this conversion calculator - write the value that You have and click 'Calculate':